About The Law Practice Program

The Law Practice Program (LPP) at Toronto Metropolitan University (Formerly Ryerson University) is the first of its kind in Ontario. Innovative, rigorous and demanding, the eight-month LPP is an approved pathway to lawyer licensing in Ontario (equivalent to articling), offering simulated, virtual training with a hands-on work term. Toronto Metropolitan University works with the Law Society of Ontario (LSO) and the legal community, including a strategic alliance with the Ontario Bar Association (OBA), to deliver a dynamic program that prepares Law School graduates to succeed in their legal practice and careers. The focus is on developing the skills and competencies future lawyers need for success. The eight months of the LPP is more like work - not school - helping to develop the skills and competencies lawyers need. For a look at the skills training offered each fall, check out our Portfolio of Candidate deliverables and experiences. 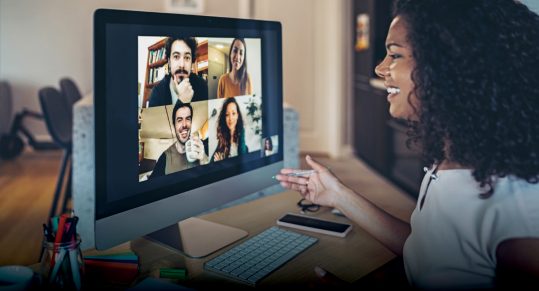 Now with nearly 2,000 alumni and hundreds of active members of the Ontario legal profession in the roles of subject experts, Mentors, Assessors, Trial Advocacy Advisors and Work Experience Employers,  we are heading into year 9 and excited to meet our next cohort!

With over 1600 Alumni in the legal profession, the LPP welcomed its 8th cohort. A number of new exciting initiatives were introduced, starting with our Land Your Next Job Conference in the spring, and then partnering with Julie Macfarlane and her team at the National Self-Represented Litigants Project (NSRLP) for impactful workshops and sessions with self represented litigants.

The LPP welcomed its 7th and largest cohort. Given the global pandemic, the entire Simulated Virtual Law Firm Training in the fall occurred online. The LPP also introduced valuable program innovations to enhance the experience of Candidates and their preparation for the profession, including Virtual Corporate Counsel and Alumni Coffee Chats and the largest Simultaneous Zoom Trials.

By the end of our 6th year, over 1300 law graduates will have completed the LPP as their chosen path for licensing; 100% of Candidates were placed with employers from various areas of practice including private practice, in-house, government and legal clinics.

January 16, LPP was awarded a 2017 Champion of Diversity Award by the Province of Ontario; October 9th, the LPP hosts its successful “Equality, Diversity & Inclusion Conference: The Power of All Of Us”, bringing together members of the profession, with current Candidates; in late December, once again recognizing the impact and benefit of the LPP, and the contributions that were being made to the profession by the nearly 1,000 graduates of the program to date, the Law Society of Ontario votes to keep the LPP as a pathway to licensing in Ontario; 100% of Candidates were placed with employers from various areas of practice including private practice, in-house, government and legal clinics.

Recognizing the successes and benefits of the LPP, the Law Society of Ontario votes to extend the LPP pilot for a further two years; 100% of Candidates were placed with employers from various areas of practice including private practice, in-house, government and legal clinics.

The program grows–Sheila Block and Jim Seckinger enthusiastically agree to deliver 3 days of Trial Advocacy workshops during each of the in-person weeks in August, October and December; some work placement opportunities open for consideration by LPP Candidates in the summer prior to the start of the program; 100% of Candidates were placed with employers from various areas of practice including private practice, in-house, government and legal clinics.

After Toronto Metropolitan University (Formerly Ryerson University) was awarded the contract by the LSO to develop and deliver a three-year pilot program, the program launched with its first cohort in August, 2014; in addition to welcoming our first Candidates, from the beginning of the year, we engaged with lawyers across the province to create the simulated virtual files; 100% of Candidates were placed with employers from various areas of practice including private practice, in-house, government and legal clinics. 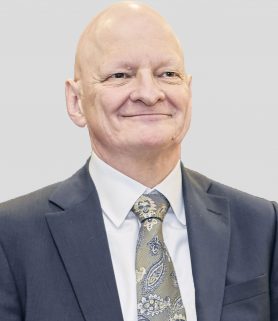 Managing Director
Chris is the Managing Director of the Legal Innovation Zone (LIZ) and the Law Practice Program (LPP), both housed at Toronto Metropolitan Univeristy. Chris led the development of the LPP, a modern approach to lawyer licensing authorized by the Law Society of Ontario. He also co-founded LIZ, Canada’s first incubator dedicated to legal startups, to help deliver better legal solutions to consumers. It supports legal startups, R & D for law firms, businesses, organizations and government, and practical reform initiatives. Chris was elected as an Ontario MPP for London West from 2003-2013. He was a member of Cabinet for all 10 years, serving as Minister in 5 Cabinet posts: 4 years as Attorney General, as well as Labour, Training Colleges and Universities, Aboriginal Affairs, and Energy. He drove a number of change initiatives, such as Justice on Target (that reduced, for the first time in 18 years, the time to trial and the number of court appearances per criminal case), a health and safety initiative that reduced workplace injuries by 20 % in 3 years, the 4 Pillars of Family Reform, Civil Justice Reform, the largest funding increase in Legal Aid’s history, and was part of a new approach to indigenous relations recognized by the United Nations. He also helped drive the implementation of the Reaching Higher investments in postsecondary education. For 23 years before politics Chris practiced criminal defence and labour law. He taught part-time for 10 of those years at Western’s Law School, and helped establish and became the first Chairperson of Neighbourhood Legal Services, London and Middlesex, which provides legal services to those who cannot afford them. U of T Law and Cambridge U grad, Chris enjoys life with his wife, Wendy, and 2 daughters. He also runs, and has run 3 Boston Marathons. 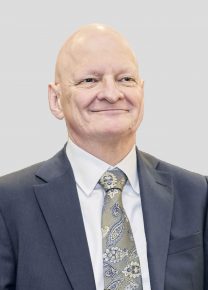 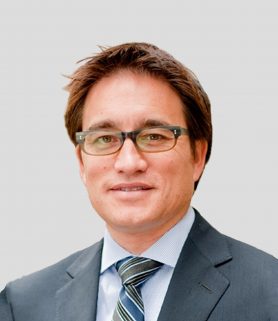 Senior Program Director
Chris is an accomplished lawyer with more than 15 years of senior management experience in government, non-profit and private sectors. As Senior Program Director of the Law Practice Program (LPP), he is responsible for the development, implementation and general management of a high-quality, innovative skills-based transitional training program for licensing candidates in Ontario. In this role, he is responsible for overall program quality and delivery, academic excellence and collaboration with hundreds of contributing members of the legal profession, who serve as subject matter experts, mentors and assessors. In 2013, Chris assisted the University’s successful proposal to the Law Society of Ontario for the LPP as an alternative pathway to licensing. Since that time, he has served as Director of Policy, Outreach and Leadership at the Ontario Bar Association, leading the OBA’s advocacy on behalf of over 16,000 lawyers across Ontario to shape and advance legislative and regulatory reform, enhance equality, diversity and inclusion in the profession and promote access to justice. Chris has also served in a number of high-level roles in the provincial government, including Chief of Staff to the Minister of Energy and Senior Policy Advisor to the Attorney General of Ontario. After graduating from law school, he practiced general litigation and intellectual property litigation at McCarthy Tétrault in Toronto. Before law school, Chris practiced for 8 years as a professional engineer, overseeing multimillion-dollar energy performance contracts for projects across Canada. 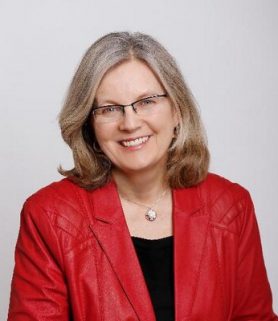 Assistant Director, Professional Development and Work Experience
As the Assistant Director, Professional Development and Work Experience at Toronto Metropolitan University’s Law Practice Program (“LPP”), Christine is responsible for connecting with members of the legal profession to identify work experience opportunities for LPP licensing candidates. She works closely with candidates to support them in determining their next steps and implement preparation and support systems to benefit both candidates and employers. For 15 years prior to joining the LPP, Christine served as Chief of Staff/Senior Advisor to several Cabinet Ministers including Indigenous Affairs, Tourism, Culture and Sport; and Minister of Citizenship, Immigration, and International Trade. During this time, she had key responsibilities for several initiatives such as development of the 2015 Pan-Am Games, the new park and trail at Ontario Place and implementation of Ontario’s private sponsor and settlement services program to support the urgent arrival of Syrian refugees. In addition, she was part of a team that was awarded the United Nations’ Award for Relations with Indigenous Peoples in 2010. Before returning to public service, Christine practiced law for 14 years as a commercial litigator with particular focus on shareholder disputes and professional liability claims involving accountants, engineers, and surveyors. She earned her law degree from Osgoode Hall Law School at York University in 1990. In her personal life, she is the proud mom of 4 children. In her spare time, she is a board member and volunteer with several organisations, enjoys hiking, exploring new places, and getting back to her farm roots. 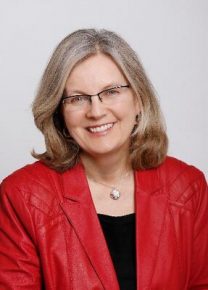 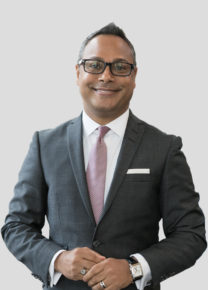 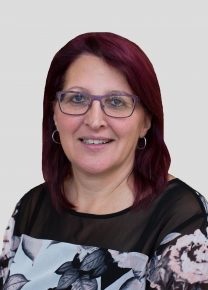 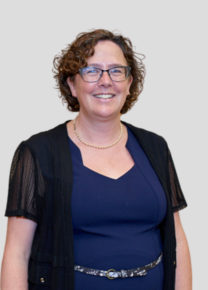 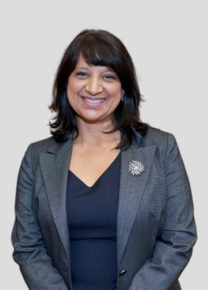 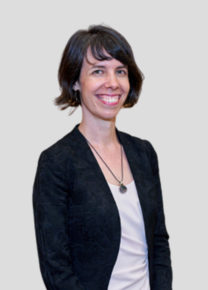 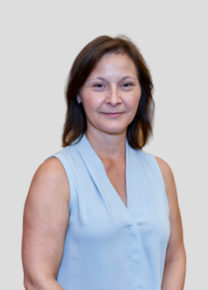 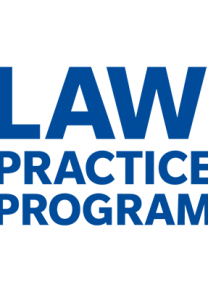 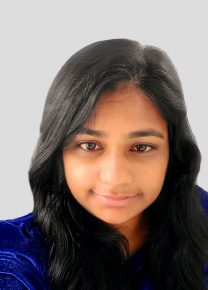 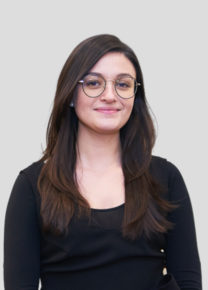 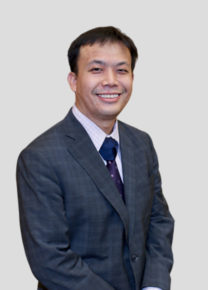 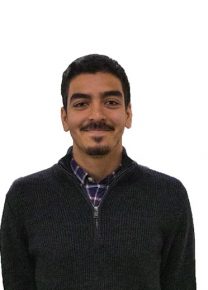 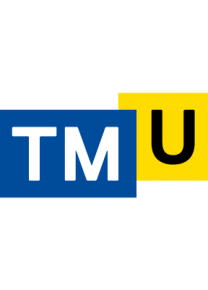 What's Being Said About Us

The LPP has been making an impact on the legal profession. Don't just take it from us, read what Candidates, Alumni, Mentors and Employers are saying!

Nothing but rave reviews. Both candidates have been really great. You have students who have done it before. It’s amazing the work they are able to do and how they hit the ground running. They know the concepts. We’ve been really impressed with the program.

It was rigorous and comprehensive. I loved it and benefited a lot from it. After litigation and negotiation trainings, I am more confident to conduct these proceedings.

One of the most important things I learned from [my mentor] was how to juggle responsibilities.

I am very happy at the placement. I have attended examinations under oath, written settlement proposals, also client intake, docketing and affidavit of documents. They want me to stay on long term so I am thinking beyond the 4 month placement, trying to absorb and work on as much as possible to be prepared to join the firm after my placement. I feel confident because of the training.

Wonderful! So informative to watch them grow and get more confident as the weeks go by.

LPP helped me get hands-on training for client interviews. It also helped me familiarize myself with conveyancing software for real estate transactions.

Our candidate has a grasp that’s more advanced than I would expect from a student. He has really absorbed the concepts of the program and applied them to this placement. You can see it in the way he conducts himself. He owns everything he does; this placement is an opportunity, not merely a means to an end.

It is a wonderful program. Well thought out. Well executed. An incredible learning experience. It is the future. I feel grateful to have been part of this program. It was very demanding but I could always see the benefits.

His experience and knowledge was invaluable to me throughout his mentorship term. He was always ready to answer my doubts regarding any of the assignments. His explanations were always clear, knowledgeable, insightful, practical. He always offered the perspective from his experience.

I am really enjoying the placement and the people are wonderful. My first week, I was thrown into a trial where I helped with a 140 page factum – and a 340 page legislative review. The LPP training gave me a lot of confidence; I understood what was going on when I started helping with the trial/factum. Very happy!

It is great to virtually act as a mentor. It provides an opportunity for those of us at a distance to be involved.

Gained more self-confidence, better legal research and writing skills. Learned how to properly prepare for and present a case in court.