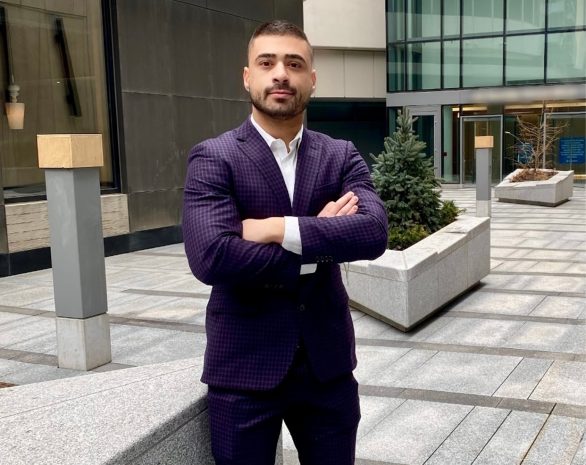 For those who speak to Spiros Vavougios for the first time, his polite, soft-spoken demeanor leaves a lasting impression. Get to know him a little more and you will notice his ambition and vision to stand out against all odds. His spirit of integrity is empowering.

Legal Counsel, Office of the General Counsel and Secretary of the Board of Governors Toronto Metropolitan University Toronto, ON, Canada.

As a member of the 2SLGBTQ+ community, he is using his voice to amplify the perspectives of groups that have been historically disadvantaged and underrepresented. He is strong and speaks his mind when it comes to human rights, mental health, equity, justice and the power of education without ever sacrificing honesty or empathy.

“My Aunt Betty was a major influence on me growing up. She was a crown attorney and a significant influence on my legal career. We would watch Law & Order together and it had a subconscious influence on me as I started to develop an interest in criminal law,” he says. Spiros, who grew up in the Danforth area of Toronto, was also shaped by his grandparents who played a strong role in his upbringing.

“My grandmother was the backbone of the family and taught me how to speak Greek. She had Alzheimer’s disease and her experience of dementia influenced a major research paper that I wrote on the tensions within the principle of autonomy as it relates to medical assistance in dying. I watched my grandmother who was a strong and independent woman start declining for close to seven years. Eventually things changed and I felt like she was reborn and became a new but equally amazing woman.”

During his undergraduate years Spiros developed a strong interest in academia. “My professors had a life-changing impact on me. I was inspired to go into academia because education allows you to explore your curiosities and better understand who you are in relation to others and the institutions that surround you. I was able to immerse myself in my studies, engage with my professors and I felt like I was seen,” he says.Spiros is known to look for the quiet voice in any room. “From a young age I felt like the ‘other’ or ‘different.’ I struggled with depression on and off as a kid but I really didn’t know I had depression until my 20s. I advocate for positive mental because of my own experience and I believe it is important to bring empathy and compassion to each file I take on,” he says.

These days he enjoys his dynamic role as a legal counsel at Ryerson University (the “University”) where he practises different areas, including litigation and risk management, human rights, administrative law, policy development, privacy, legislative compliance, and constitutional law.

LPP In One Word

For those who speak to Spiros Vavougios for the first time, his polite, soft-spoken demeanor leaves a lasting impression. Get to know him a little more and you will notice his ambition and vision to stand out against all odds. His spirit of integrity is empowering.

Why law? What inspired your legal aspirations?

Coming from a Greek family, the options were limited: become a doctor, lawyer, or teacher. But more seriously, I had a unique upbringing on account of growing up as a neuro-divergent member of the 2SLGBTQ+ community. Law is fundamentally a relational tool: it structures the relationships between individuals, individuals and the state, and even the way we experience our own identity and authenticity – our relationship with the self. I pursued law because I wanted to become an advocate for others like me and more generally individuals who have experiences and perspectives that historically have been overlooked.

What is the best part of your career?

The best part about working in-house in post-secondary education is the opportunity to work on files that affect a diverse range of interests (staff, faculty, administrators, and students) in a landscape that is always changing. At their core, universities are institutions committed to the pursuit of truth and knowledge. Ryerson University approaches its mandate from an equity-centric lens, and it is a privilege to get to work with and learn from members of its university community on a daily basis, particularly with the added complexities and challenges that the COVID-19 pandemic has identified or highlighted.

What legal case(s) had a strong impact on you and why?

Carter v Canada (Attorney General) is a case that had a strong impact on me – both academically and personally. In this case, the Supreme Court of Canada held that the provisions of the Criminal Code that prohibited the provision of medical assistance in dying to competent adults with grievous and irremediable medical conditions unjustifiably infringed the right to life, liberty, and security of person under Section 7 of the Charter of Rights and Freedoms.
While completing my undergraduate studies and during my studies at Osgoode Hall Law School, I was a primary caregiver to my grandmother, who had Alzheimer’s disease. The Carter case left interesting constitutional questions unanswered surrounding the extent to which, under Canada’s new framework, people with neuro-degenerative conditions would have access to medical assistance in dying. From my own experiences as a caregiver to someone with Alzheimer’s, this case caused me to reflect on how the principle of autonomy relied upon in the Court’s jurisprudence ought to be re-imagined to account for the range of experiences and decision making processes affecting vulnerable persons undergoing transition toward the end of life.

Describe a defining moment in your legal career?

The decision to decline a coveted articling position at a Bay Street law firm to further pursue my interest in constitutional law. While my colleagues completed their articles, I pursued an LLM at Yale University. I wrote a research paper on how to reconcile competing rights and tensions within the principle of autonomy in the context of medical assistance in dying for persons living with dementia.

Where did you complete your LPP work placement?

I completed my LPP work placement in the Office of the General Counsel and Board Secretariat at Ryerson University, where I continue to work. During my LPP placement, I supported the General Counsel and senior by providing legal and strategic advice in the areas of litigation, administrative law, policy and compliance, and corporate and commercial law. This included:


Meeting with clients to advise on legal and reputational risk mitigation


I am grateful for the mentorship and support that my colleagues Julia Shin Doi, Giselle Basanta, Jennifer MacInnis, and Kate Salter provided me during my training. It is a privilege to continue to work with and learn from the team at the Office of the General Counsel and Board Secretariat.

Describe a particularly memorable or significant experience during your time at the LPP?

One of the most memorable components of the training component of the LPP for me was a lecture delivered by Gina Alexandris, Senior Director of the LPP, about the role of emotional intelligence in lawyering.
As lawyers, we are often taught that is our ability to reason through logic and analysis that make us effective advocates. While it is important to offer clients a measured perspective on the issues they are navigating on account of the law’s purported objectivity, it is, in my view, through empathy that we are able to engage in perceptive thinking to better understand the nature of the polycentric problems our clients face and, further, the range of creative solutions that may be appropriate in the circumstances. I believe that rather than acting as a constraint on logic and rationality, emotions can be seen as enhancing advocacy and decision-making.

Describe some of the more particularly helpful tools or skills you acquired during the LPP?

The LPP's intensive experiential training helps candidates develop competencies in a diverse range of practice areas. Training covers administrative law, business law, civil law, criminal law, family law, real estate, wills and estates, and human rights. We also completed intensive trial advocacy modules, business planning and innovation, negotiation workshops, and in-house counsel programming. The result of the LPP's intensive training is such that candidates emerge ready to practice law more confidently, comprehensively, and with a greater appreciation of how the legal system operates as a whole. Particularly when working with vulnerable clients, whether as your client or as the opposing party, our ability to advocate for clients' current and future needs is enhanced when our practice of law is responsive to the polycentric nature of the legal issues raised in any given case.
The trial advocacy intensive and negotiation workshops provide candidates with a great opportunity to develop many of the soft skills that form the bedrock of successful lawyering. These skills are helpful to solicitors and barristers alike: they are skills that can be used to secure a favourable outcome for your client once formal litigation has commenced but, more often, they can also be used to proactively navigate sensitive disputes and resolve conflicts before there is escalation to a claim.

Since it was launched in 2014, the LPP has continued to become an established, innovative, and dynamic program that prepares candidates to succeed in their legal practice and careers. Through the mentorship opportunities, supports, and rich networks the LPP provides, my colleagues and I were given opportunities to work in unique settings, including in-house positions, that have historically been inaccessible to members of the legal profession who are beginning their careers.
I had a great experience in the program and for anyone who is interested in charting their own path in the legal profession, the LPP is a natural choice. 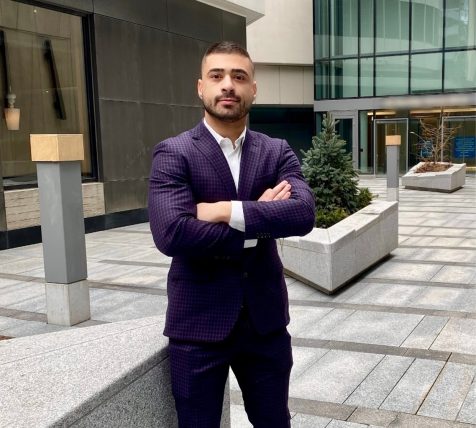 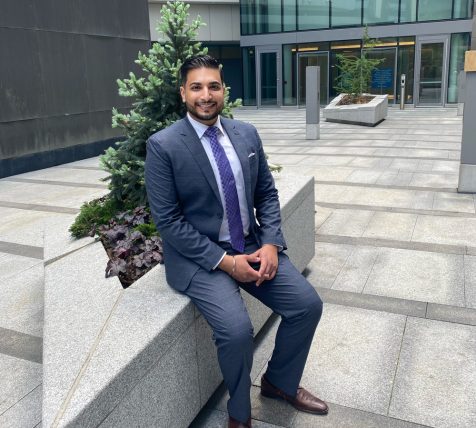 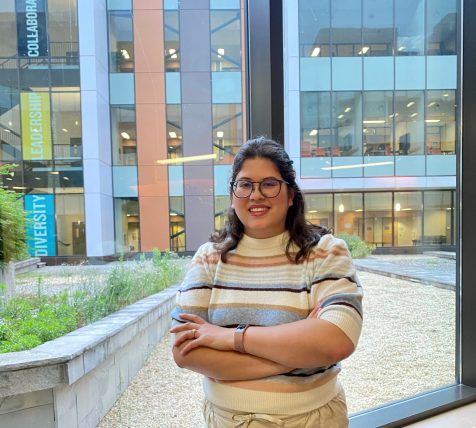 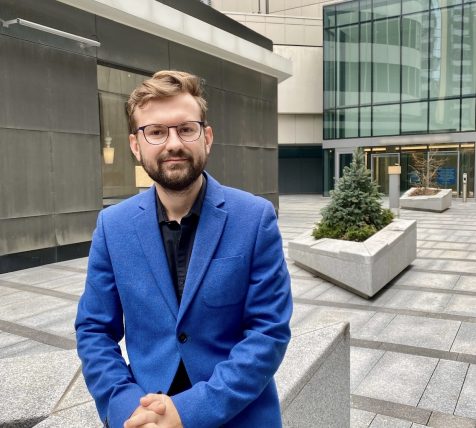 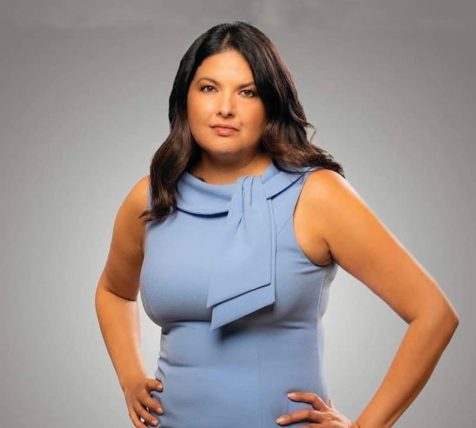 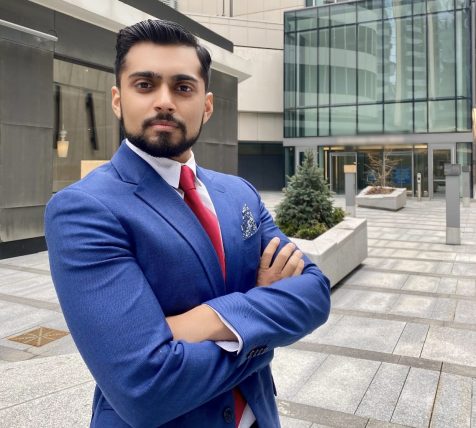 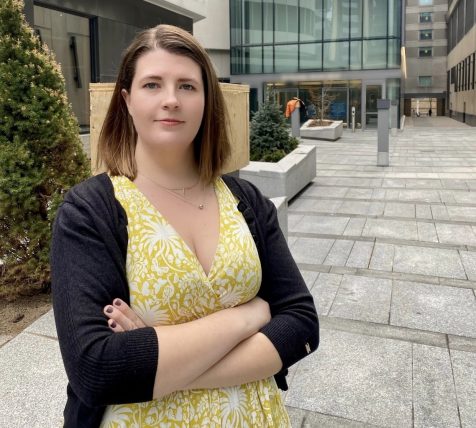 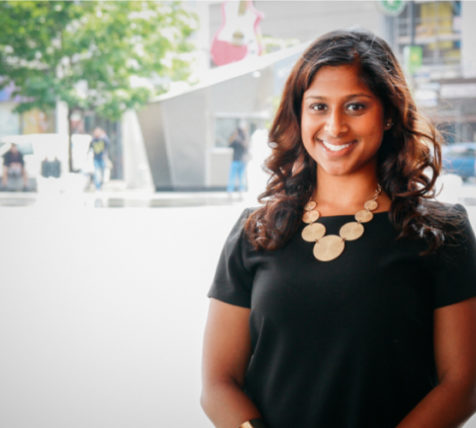 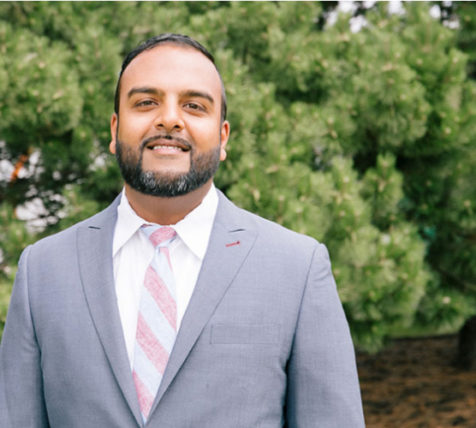 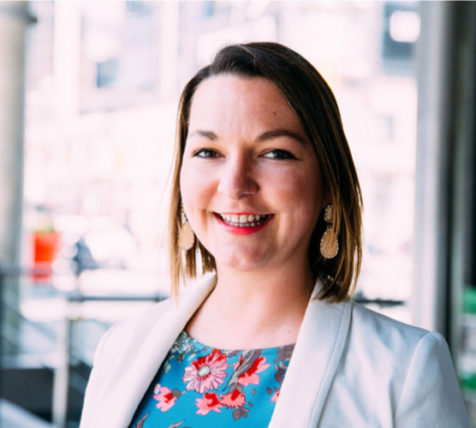 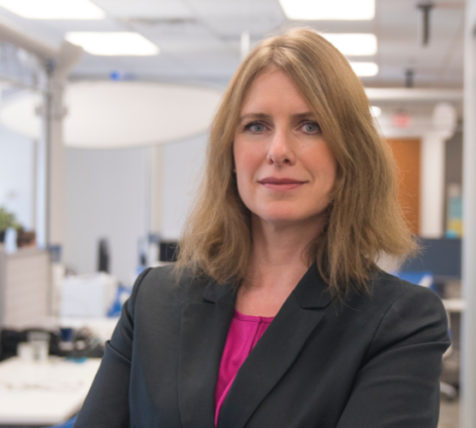 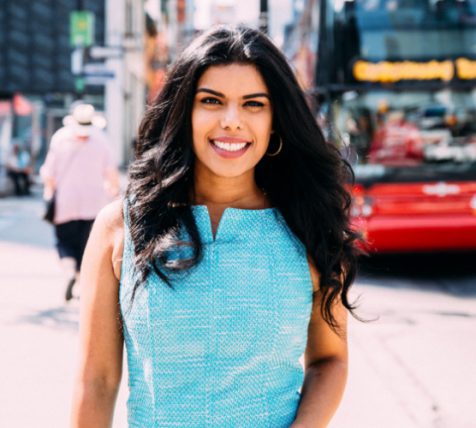 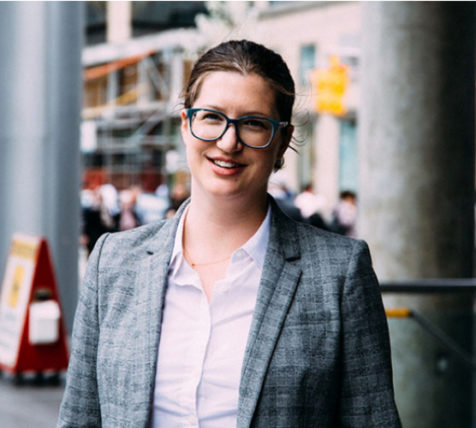 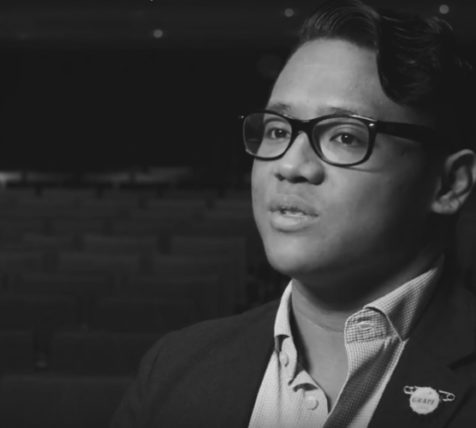 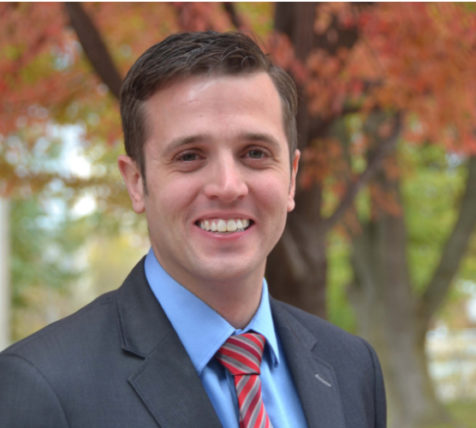 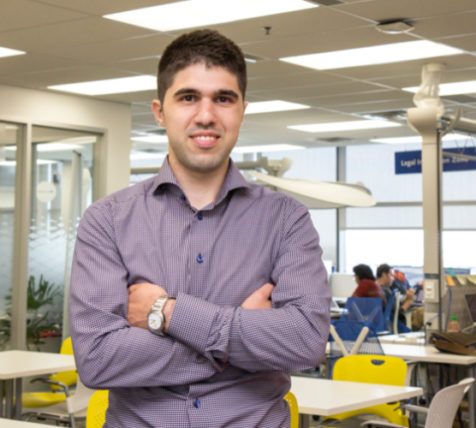 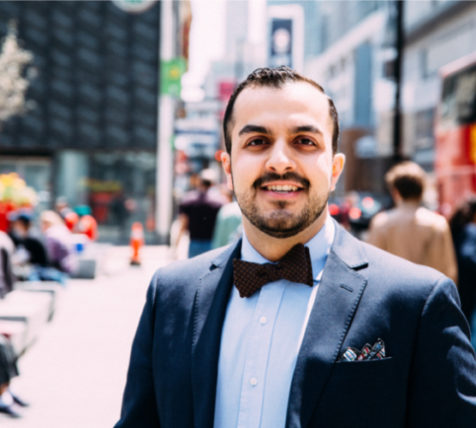 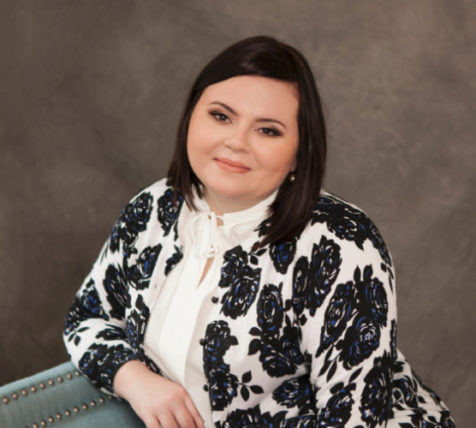 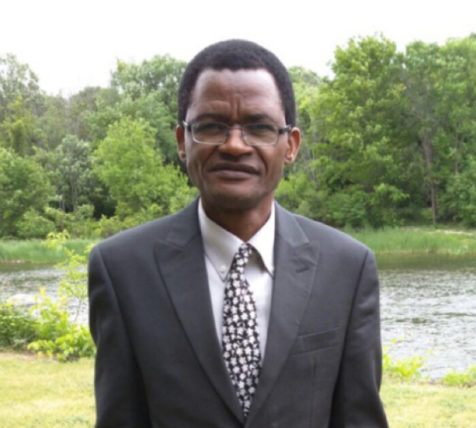 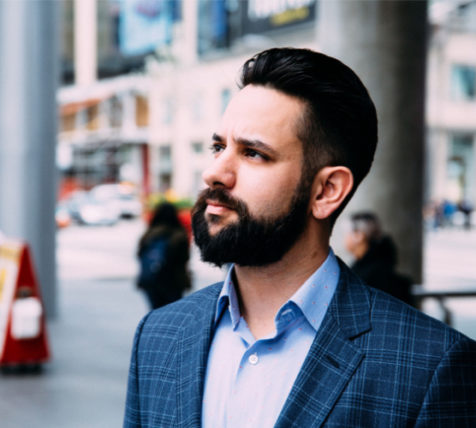 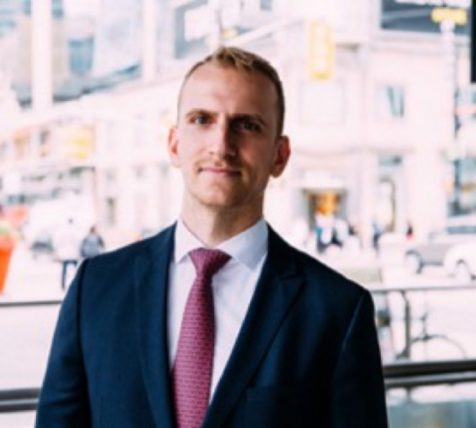 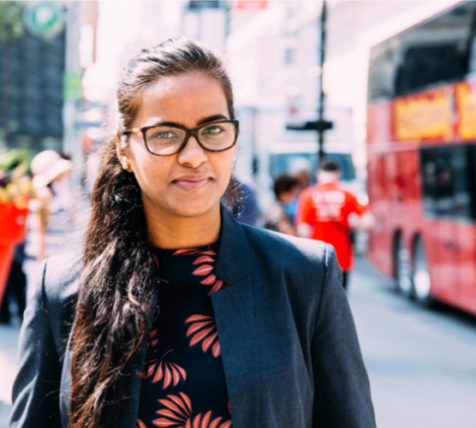